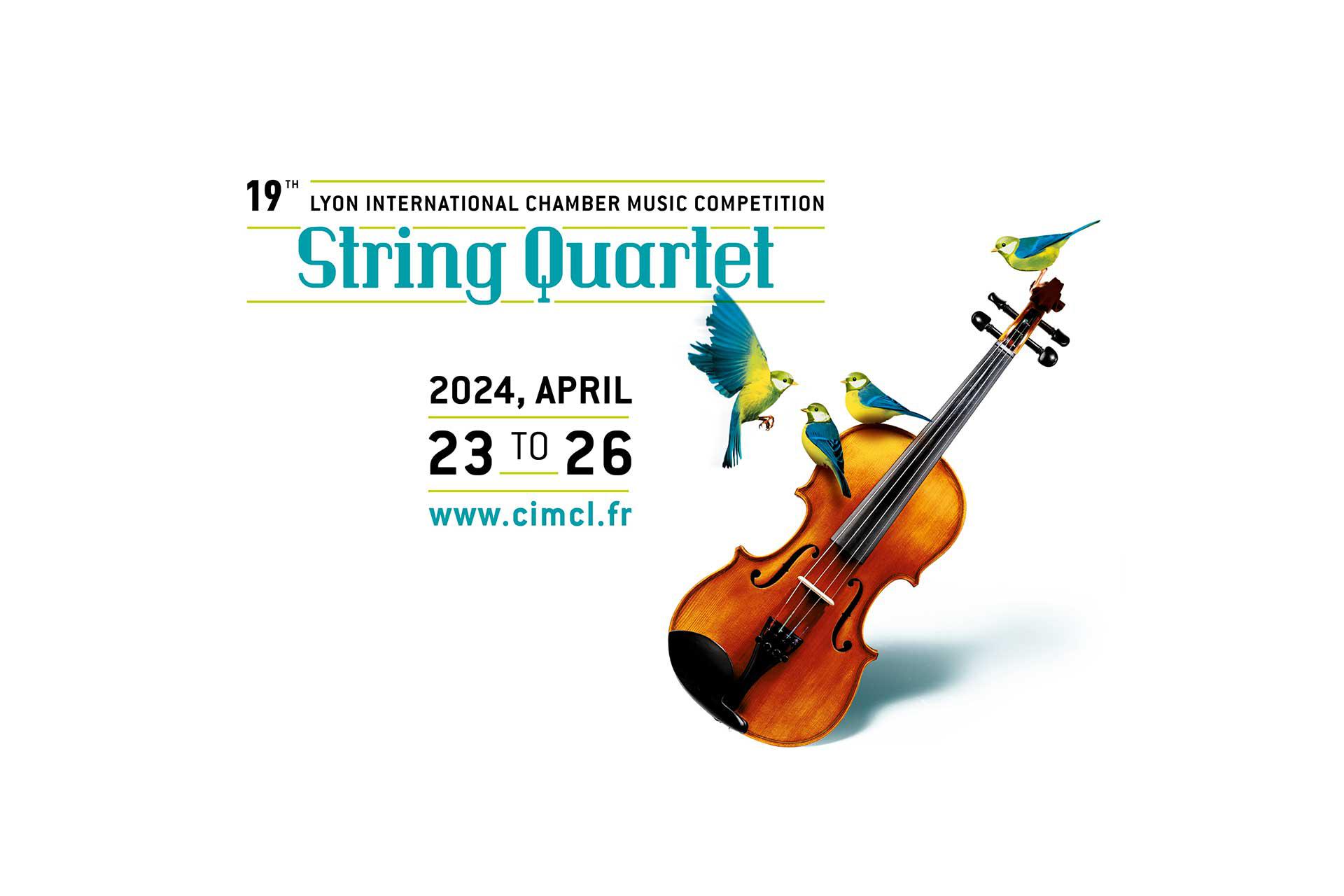 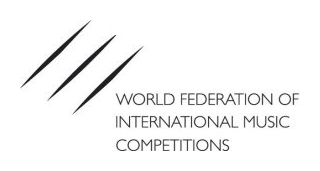 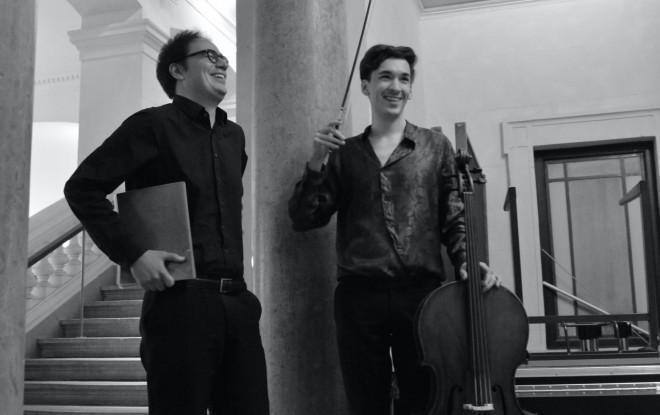 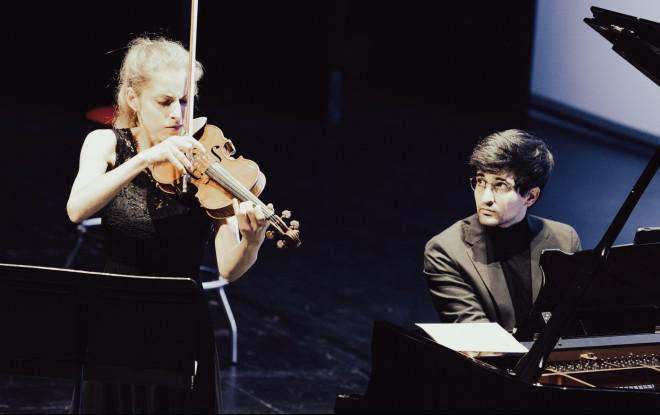 Discover the teaser of the 2021 Prize-winners !

The Duo Ermitage, formed by Paul-Marie Kuzma (cello) and Ionah Maiatsky (piano), was founded in 2018 when they met at the Conservatoire National Supérieur de Musique et Danse de Paris. Their complicity on and off stage was then evident and they quickly began an in-depth work and tried to build a common vision of the works of the repertoire. Trained by renowned professors such as François Salque, Claire Désert, the Quatuor Ébène, Itamar Golan, Jonas Vitaud and others, they continue to perfect their skills at the CNSMDP, where they are studying for a master's degree in Chamber Music. They perform on different stages in Paris or during various festivals (Festival des Pianissimes, Le vent des Arts, Festival Ravel, Musicando...). In 2020, they won a 1st prize at the France Music Competition.

After meeting during their instrumental studies at CNSM of Paris, Noé Natorp and Jean-Baptiste Doulcet created the Duo des Songes. Students of Claire Désert and Ami Flammer in Master degree of Chamber music (CNSMdp), until getting their diploma with the best grade,  Noé and Jean-Baptiste played in prestigious concert halls and festivals, with a various repertoire that has been open to new pieces and premieres. Among Jean-Baptiste’s two cello sonatas that they premiered and recorded together, the Pleyel concert hall invited them for a recital in 2013 to perform Rachmaninov’s cello sonata. Deauville’s Festival has also invited them for a program around the figure and the work of Virginia Woolf - with the actress Dominique Reymond - , as well as Gérardmer’s chamber music festival or Lisztomanias for duo recitals and improvisation master-classes… In 2015, they are invited to play at La roque d’anthéron in the Ensembles en résidence , and also Le chant de la rive Festival. They continue to work with prestigious artists such as Gary Hoffman, Trio Wanderer, Ebene Quartet or Claire Désert.
Duo des Songes is laureate of the scholarship of Académie des Beaux-Arts after winning the 2nd prize of FNAPEC competition in Paris, and the 3rd prize of the international duo competition of Katrineholm (Sweden, 2017).

Shinyoung Lee and Hyejin Kim met at the University of Music and Performing Arts of Munich in 2020. Individually winners of numerous competitions, they are supported by "Yehudi Menuhin - Live Music Now" since 2020. They benefit from the wise advice of several professors of HMTM, such as Wen-Sinn Yang, Julian Steckel and Raphaël Merlin (Quatuor Ébène).

Graduates from the Conservatoire Nationale Supérieur de Paris, Mathilde and Justine have been playing together for many years.
Both winners of numerous international competitions, they improve their skills with great musicians such as François Salque, Luc Marie Aguerra or Jean Claude Pennetier.
Eclectic musicians, passionate about chamber music, they are brought to play in many festivals in France and abroad.

Meeting during their studies at the Paris Conservatory, Hanna Salzenstein, cellist and Fiona Mato, pianist, develop almost instantly an intense musical alchemy. Guided by a common passion for chamber music, they decided to found their duo, the Adama duo. After a particularly moving and striking experience at the Roque d'Anthéron International Festival, they continue to improve and benefit from the advice of great artists such as Raphael Pidoux, Christian Ivaldi, Claire Désert or Emmanuel Strosser during several master classes. The duo Adama has performed many times on France Musique and regularly gives recitals throughout France including the Vézère festival, during a tour organized by the AJAM, the Jeunes Talents festival, the Musicales en côte Chalonaise and live on the Recit'Hall platform during the confinement. Fiona and Hanna are also interested in historical interpretation, and it is driven by this research that they are preparing, with the violinist Théotime Langlois de Swarte, a recording labelled by Harmonia Mundi, dedicated to Clara and Robert Schumann, in partnership with the Museum of Music.

Both born in the city of Nancy, France, Lucas Henry and Gautier Michel met at the beginning of their studies at the Conservatoire National Supérieur de Musique et de Danse (CNSMD) of Lyon in 2016. Passionate about chamber music, they studied with Yvan Chiffoleau, Laurent Cabasso, Dana Ciocarlie, Yovan Markovitch and David Selig; and attended masterclasses with Clemens Hagen, Xavier Philips and Roland Pidoux. They performed in multiple concerts and festivals like Les Musicales en Folie of Fontaine-les-Dijon or Jeunes Talents. In parallel, they formed with the clarinetist Stasys Makštutis the Trio Šokas.

They currently pursue a Master’s degree in chamber music at the CNSMD of Lyon, and are members of the 2021 "Tchaikovsky" promotion of the Jaroussky Academy.

Hyazintha Andrej and Marta Patrocínio met during their studies at the Zurich University of the Arts. 2018 they played their first concert together at the Chesa Planta “Musiktage” in Samedan (CH). It was the beginning of an intensive collaboration of the Duo. Through the programme preparations for concerts and competitions over the last few years, they have worked on a diverse repertoire. Characteristic for their collaboration is the thematic selection of the programmes, in order to create a concert that challenges the audience on different levels. In 2020 the Duo recorded their first CD that features French chamber music of the first half of 20th century. It will be released by the Portuguese label AvA Musical Editions.

Duo Dina Ivanova and Ivan Skanavi was created in October, 2018. Despite both of them were studying in Moscow Conservatory, they met for the first time in Weimar, Germany, where they both decided to continue their education. The very first rehearsal already gave the performers a lot of inspiration to continue working together and in a couple of months they played a recital in Weimar with sonatas by Cesar Franck, Schostakovich and pieces by Tchaikovsky and Schumann. Following their successful performances at the Tchaikovsky International Competition in Russia and the ARD International Competition in Germany the door was opened to many interesting projects in different places of the world.

Roman Cazal and Esther Assuied have known each other for nearly twenty years: as Esther joined Olivier Cazal's piano class at the age of seven, they have been playing together from their younger age, in concerts, auditions and summer academies, nourished by the musical teaching of Olivier Cazal. They then joined the CNSMDP respectively in the cello and piano classes, and continued to work as a duo within this establishment.

Sarah Moser (cello) and Dasom Woo (piano) are reunited for the first time in Salzburg in 2019. They benefit from the advice of Wen-Sinn Yang in Munich, as well as Giovanni Gnocci and Biliana Tzinlikova at the Salzburg Mozarteum. As a duo, they participated in several masterclasses, notably with Thomas Riebl and Mark Gothoni.

The Duo Névé was formed in Paris after a chance meeting in the winter of 2020. With a common passion for the sonata repertoire and a shared musical vision, Fiona Robson (cello) and Elsa Bonnet (piano) embarked on an enthusiastic collaboration. Together they explore an eclectic range of repertoire, and their mentors include Marc Coppey at the CNSM of Paris and Avedis Kouyoumdjian at the University of Vienna. The Duo Névé performs regularly in Paris. Elsa Bonnet is a graduate of the CNSM in Paris, and Fiona Robson of McGill University (Canada).

Aude Liesse Michel and Albéric Boullenois founded their duet at the Conservatoire de Paris. After a master’s degree in piano performance in Geneva, Aude Liesse Michel studied fortepiano at Conservatoire de Paris. There, she met Albéric Boullenois, who pursued a master’s degree in chamber music after obtaining a degree in cello performance. Given their shared interest in chamber music, they naturally came together as a duet to play sonatas.
Passionate about period instruments, they both studied baroque music and have a wide repertoire ranging from romantic and modern music to baroque cello and pianoforte. They worked under the guidance of CNSMDP professors Raphaël Pidoux, Claire Désert, and Patrick Cohen.

After their individual studies in the USA, Switzerland and Poland cellist Cristina Basili and pianist Julia Maria Sliwa founded the Duo Sliwa-Basili in Vienna in 2018. Since then the Duo has performed at concert halls and chamber music festivals throughout Europe, has recorded together, participated in many masterclasses and enjoys regular chamber music projects together.

The Duo Libra met in 2017 at the Chapelle Musicale reine Elizabeth, where they both did their artist diploma studies as soloists. Ever since then they have dedicated themselves to the perfection of the art of Duo. They have taken lessons with great artists such as Gary Hofmann, Vineta Sareika, Jean Claude Vanden Eynden, Marc Coppey etc.
Since October 2021 they are studying chamber music at the Chapelle Musicale reine Elizabeth with Miguel da Silva and the Artemis quartet.
As a Duo they had the pleasure of performing in great halls and festivals such as Flagey (Flagey music chapel festival) and Bozar (Bozar next generation) in Brussels, festival crans montana, Archives Nationales et la salle Cortot a Paris, festival Chopin a l’orangerie de Sceaux.
They were notably noticed at the time of their passage in Clement Rochefort’s radio emission; generation France music.
Recently they have won the promusicis prize, giving them the opportunity to perform a recital in Salle Cortot in March 2022.

Denis Linnik and Hayk Sukiasyan met in Basel during a sight-reading session in 2019. They have since then participated in several chamber music projects and have had lessons with professors such as Anton Kernjak, Claudio Martínez Mehner and Rainer Schmidt. In 2021 they have participated in a masterclass with renowned cellist Steven Isserlis.

The two musicians met in 2019, having been specially selected by Philharmonia Budapest to perform a series of chamber recitals. This had involved a ‘journey home’ for both : Hungary’s rich musical traditions as their background, both artists went on building an international carreer, and are now emerging as successfull performers in different countries. Still, trained by iconic professors at the renowned Liszt Academy, shared principles in their education, taste and musical way of thinking, as well as their mutually keen commitment towards chamber music, led Domonkos & Domonkos to collaborate.

Despite their fairly short history as an ensemble, the duo have covered a wide range of repertoire, performing in numerous chamber music festivals and concerts. Besides programming some substantial works of the romantic sonata literature and contemporary curiosities, they have also experimented with masterpieces for trio sharing stage with distinguished artists such as Anett Jóföldi, member of the Budapest Festival Orchestra or Éva Osztrosits, award-winning member of the Korossy String Quartet.

Founded at the Conservatoire National Supérieur de Musique et de Danse (CNSM) de Paris in 2017, the Seurat duo is composed of the cellist Bogeun Park and the pianist Arthur Hinnewinkel. These young musicians have benefited of the advices of Claire Désert, Xavier Gagnepain, Louis Rodde, Jérôme Pernoo and Hortense Cartier-Bresson, with whom they will obtain their graduation in June 2021.

The determination and the reflexion they bring in their work have brought them to concerts in festivals such as the Vacances de Monsieur Haydn in La Roche-Posay, les Flâneries Musicales de Reims, and at the Festival de Wissembourg.

The duo Gray-Magamedova has performed together since 2019 and enjoys giving concerts across Europe and the United States. Being Young Artists in Residence at the Scandinavian Cello School in Denmark, they participate in numerous community outreach projects, as well as public performances across Scandinavia. Following their Lincoln Center debut at Paul Hall (NYC) in 2019, the duo has continued to give performances across the United States and Europe, in halls such as the Pierre Boulez Saal in Berlin. In France, they have been featured on “Générations France Musique, le Live” as well as giving recital programs, which they carefully curate to convey a unique concept. Cellist Johannes Gray completed his Bachelor’s and Master’s degrees at the Conservatoire national supérieur de musique de Paris, and pianist Anastasiya Magamedova received her Bachelor’s diploma at the Juilliard School in New York City. As a duo, they continue their studies at the Conservatoire à rayonnement régional de Paris with Professor Emmanuel Strosser.